The patterns I project in this exhibition are visual essays of historical narratives and wise sayings woven with mathematical calculations. As a result of my calculations, I interpret the geometric shapes that form the Ghanaian Kente patterns using mathematical formulas parallel to the Pythagorean theorem as an attempt to blur the boundaries between “mathematics” and culture.

As a survivor of pedagogic violence, the state-driven mathematics I learned was based on foreign concepts, where mathematical ideologies from alien cultures were superimposed on my local mathematical essays; concepts that presented abstract theorems and projections, instead of my everyday experiential examples. By cross-examining the “TICS” of the “MATHEMA" in the Ghanaian Kente patterns, I affirm mathematics as a global language except for different ways of visualizing meaning.

I build upon D’Ambrosio’s concept of ethnomathematics by introducing Identimatics; a term I formulate from Identity plus Mathematics. The latter addresses the limitations of the other by including the numerous ways to sample relationships within and outside one’s culture, as a result of cultural mathematics hybridization; the penetration of one culture into another. The exhibition concludes that for the greater understanding and advancement of mathematical knowledge, all cultural mathematical projections should contribute equitably. 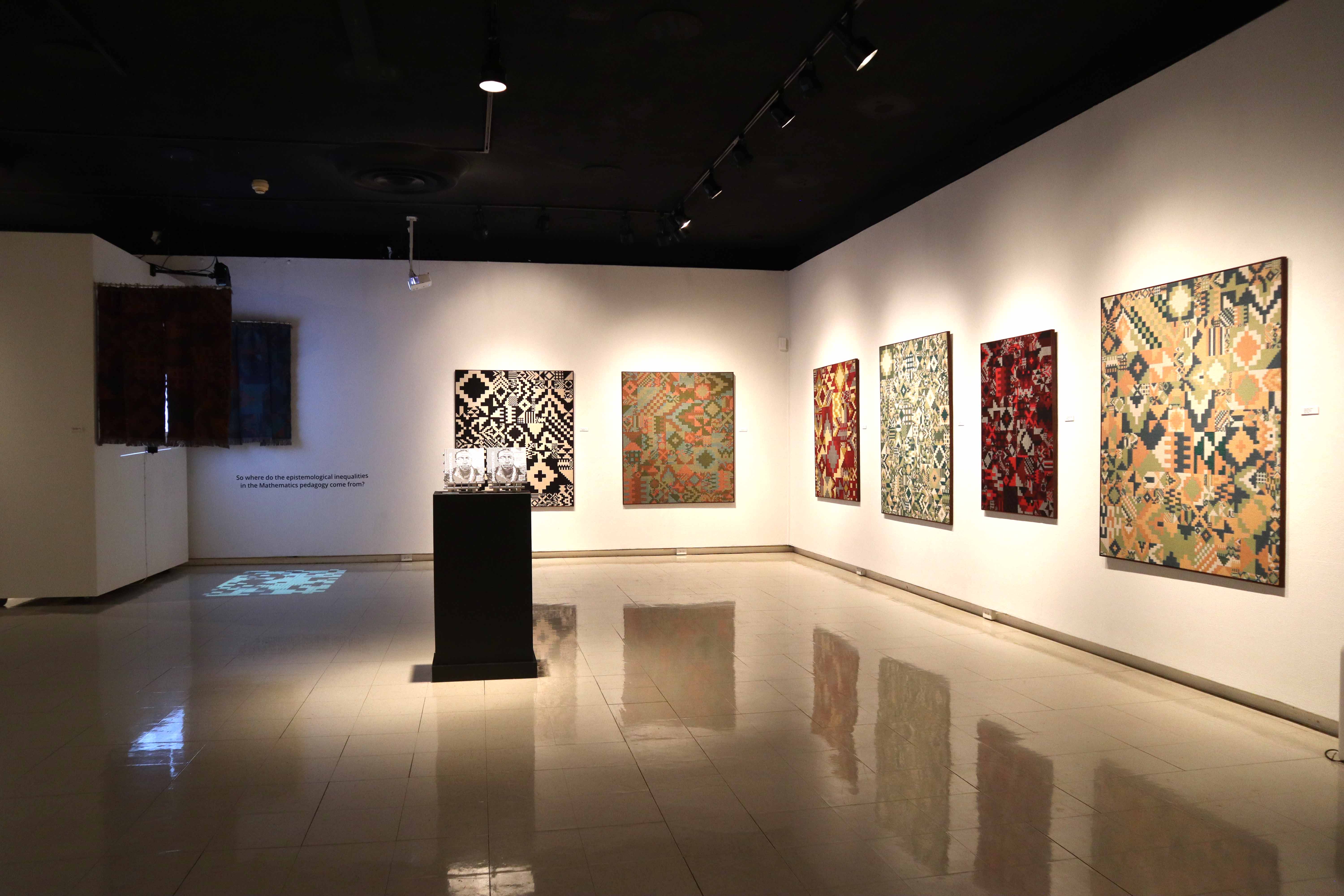 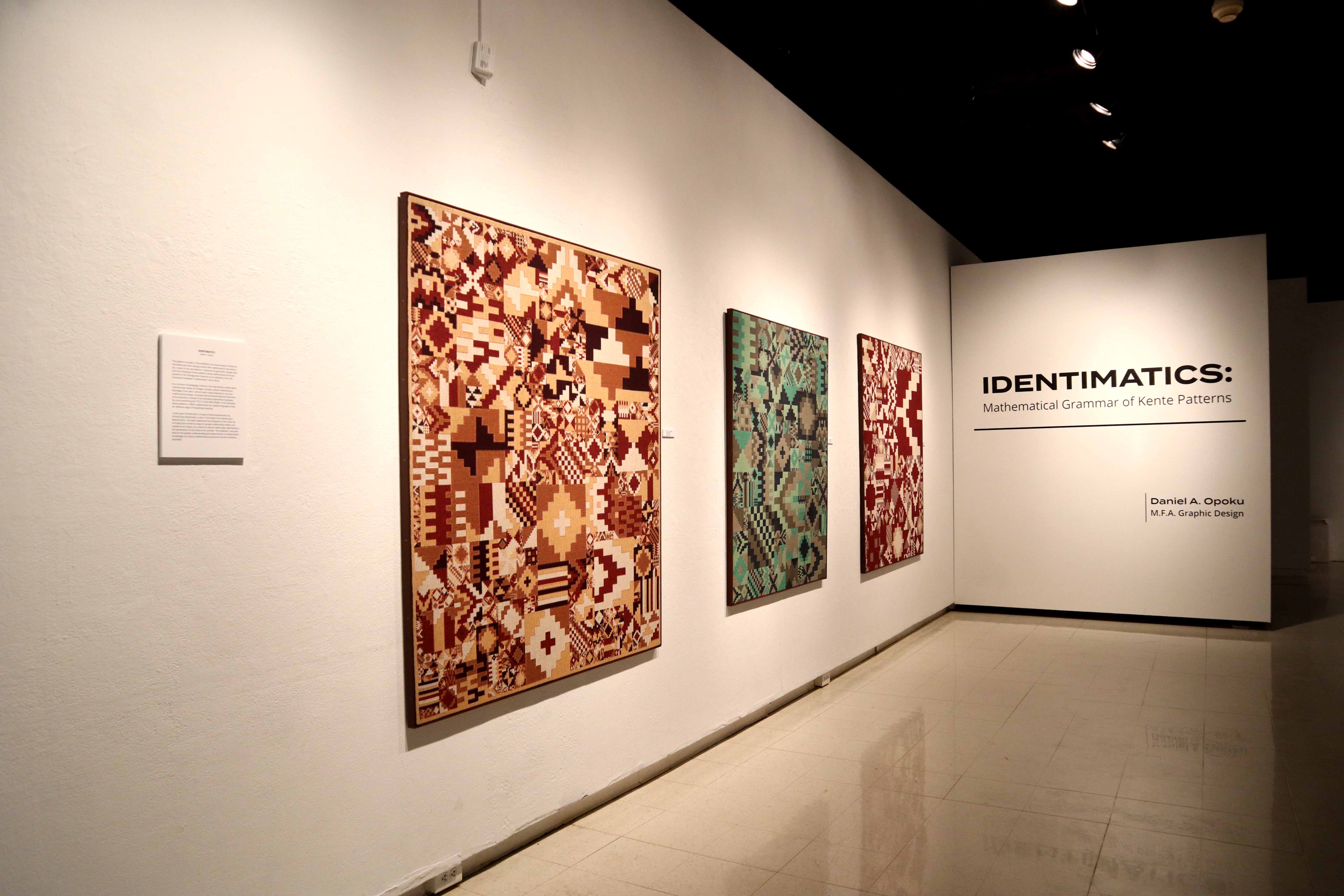 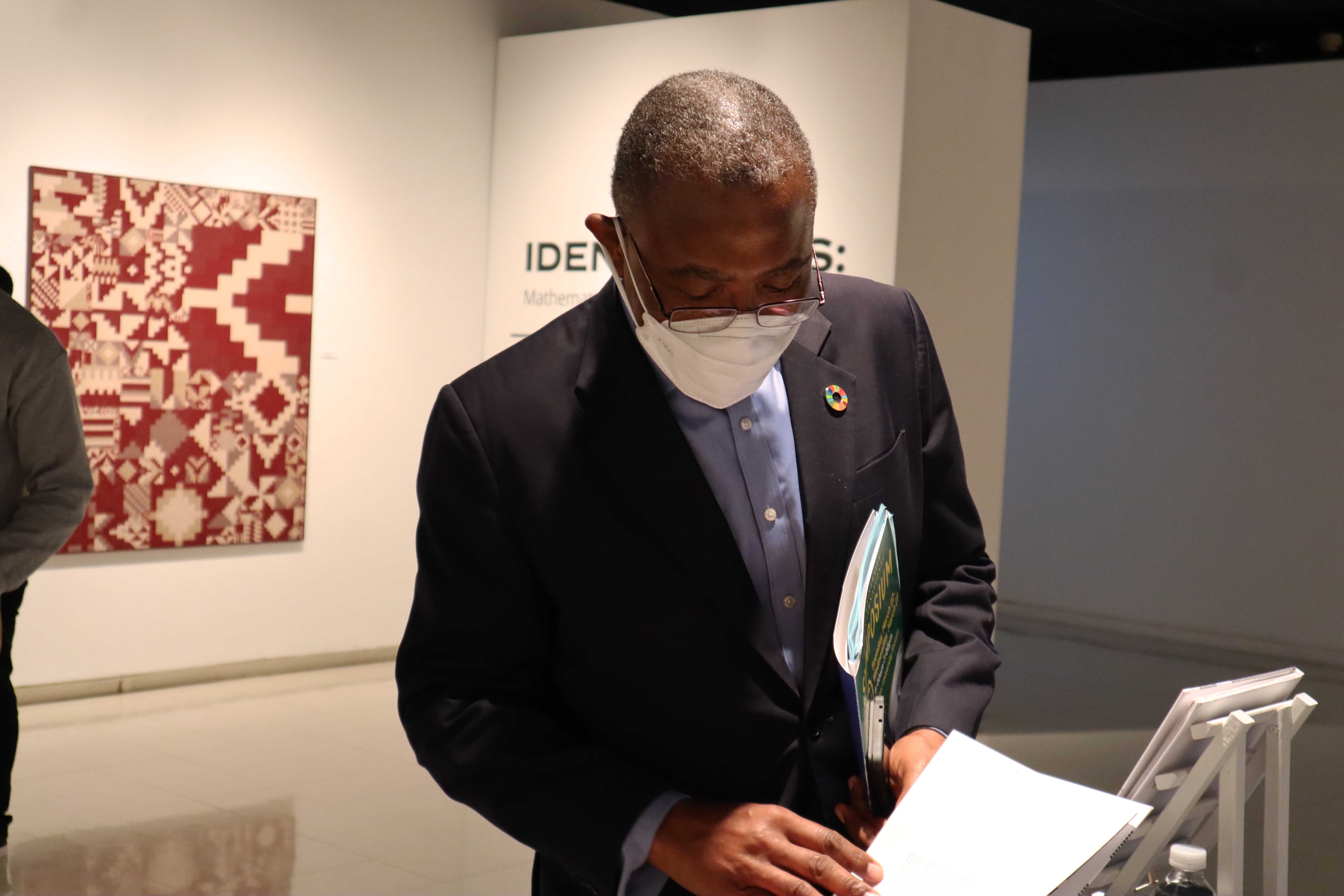 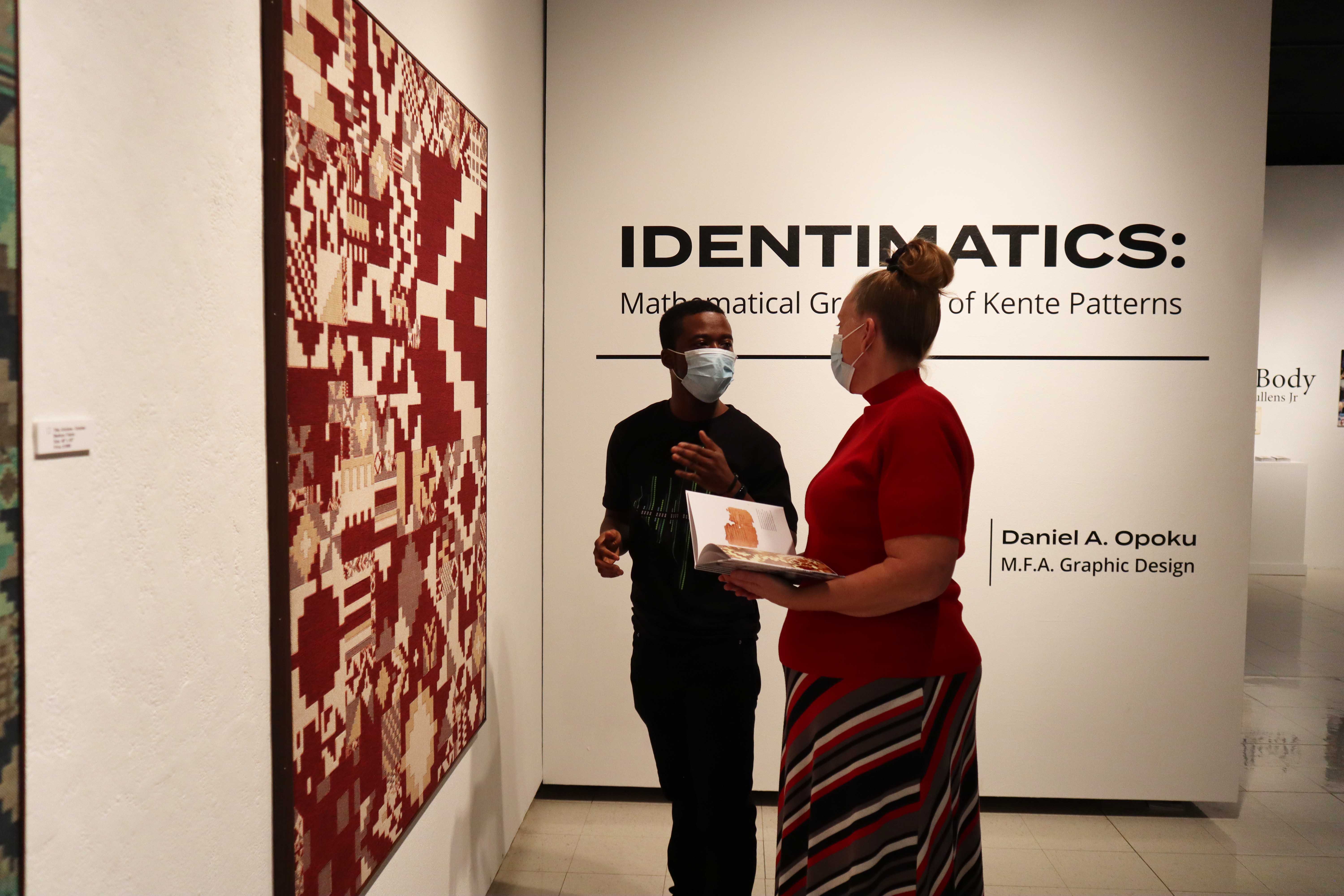 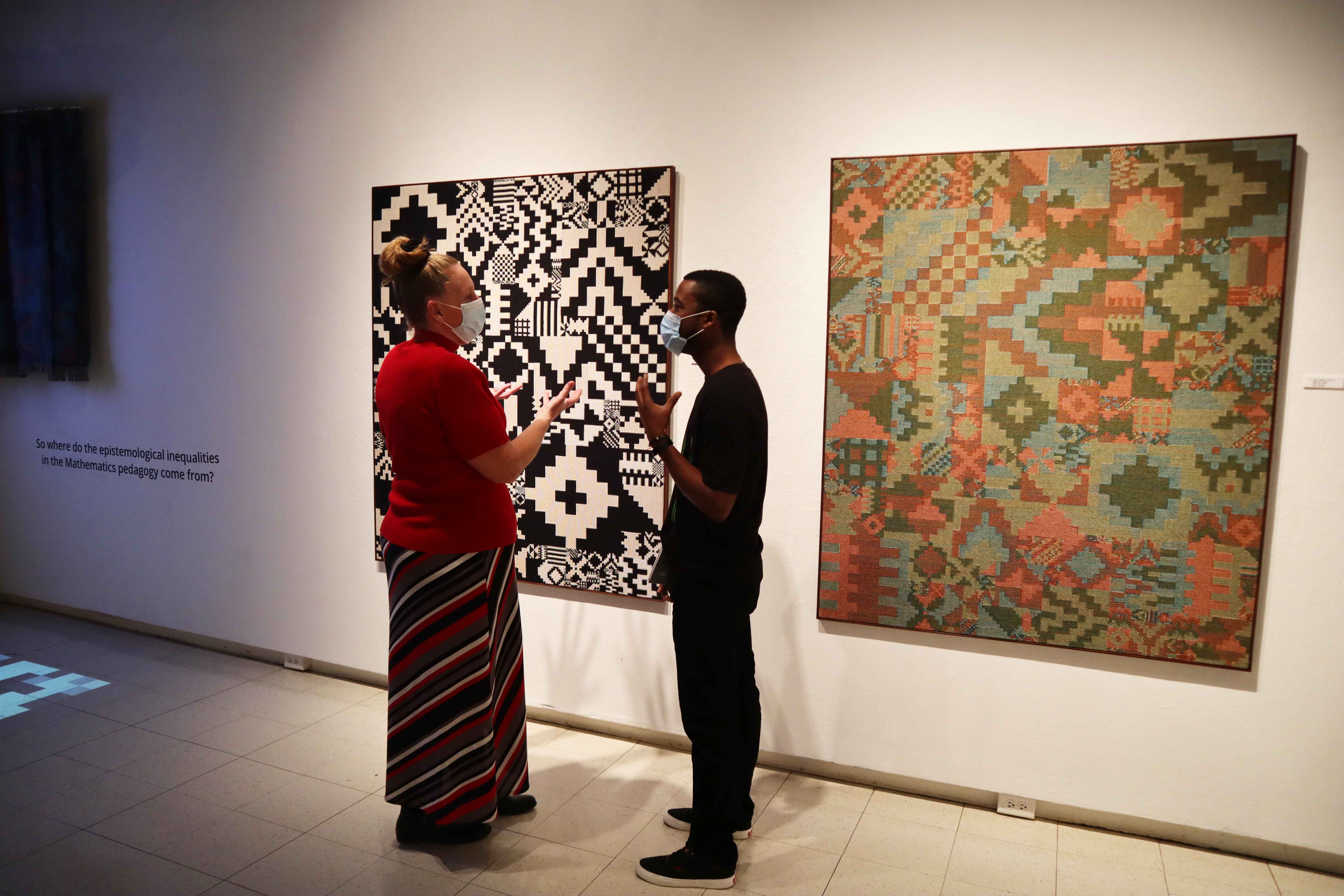 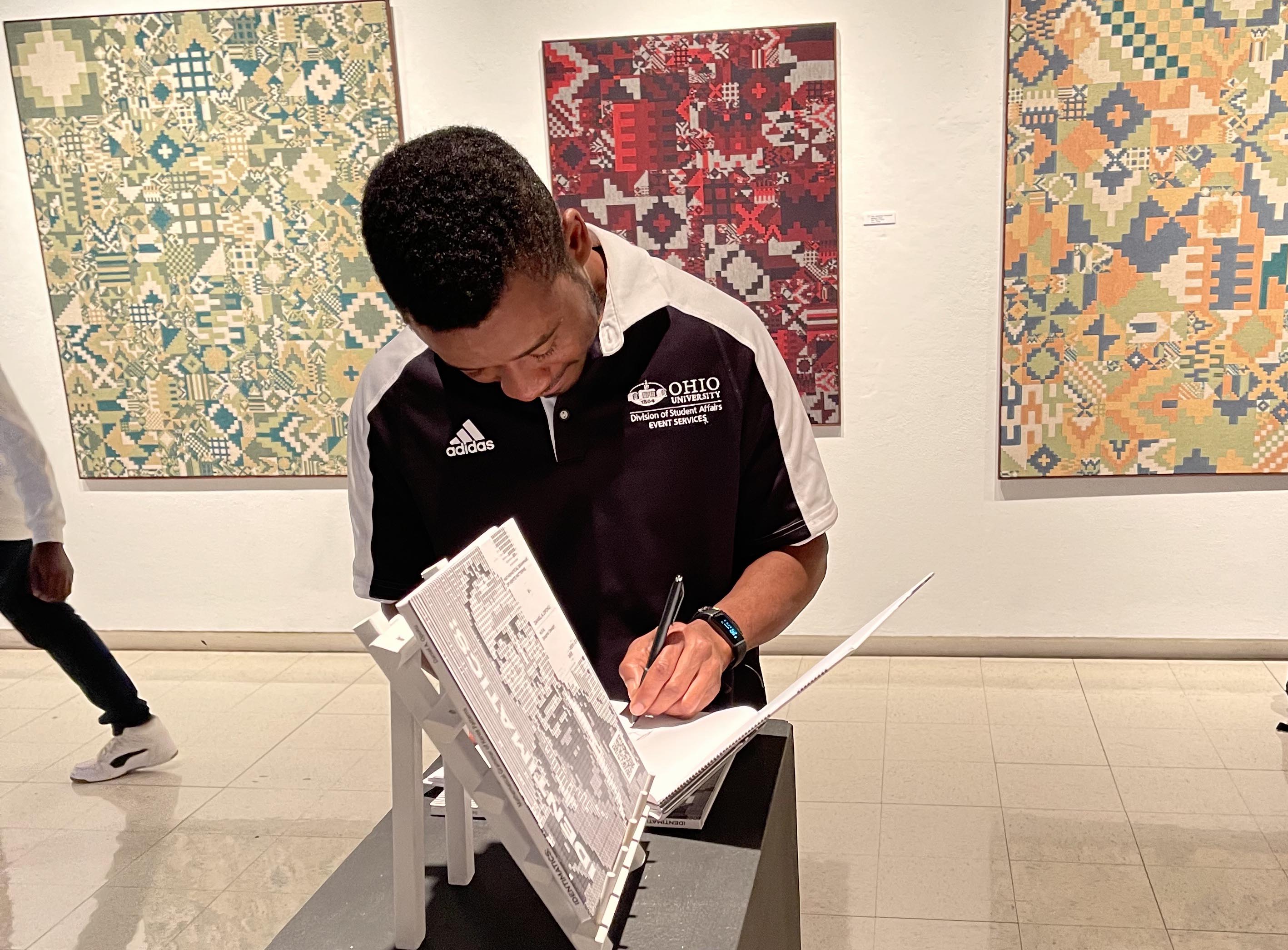 Thank you! Your submission has been received!
Oops! Something went wrong while submitting the form.

Daniel Opoku's exhibition points to the political and epistemological inequalities in our mathematics pedagogy, in a way not to criminalize the structured academic discipline of mathematics, but to subject a different cultural interpretation of the concept to critical mathematics pedagogy. He postulates through his work that, across all cultures, people add, subtract, divide and multiply in both simple and complex terms making mathematics a global language.
‍
This 54 page catalog reveals the Art+Design discourse 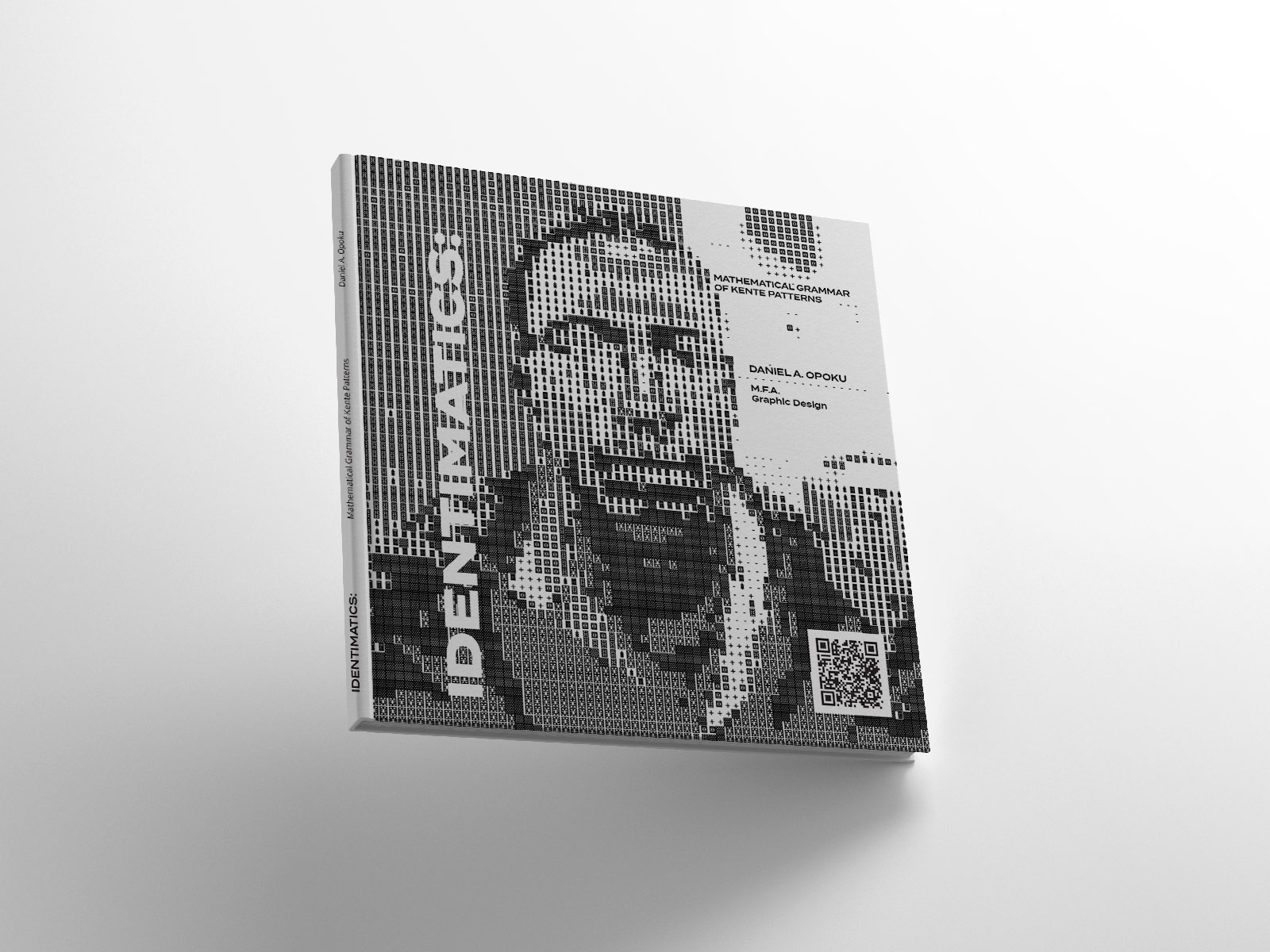 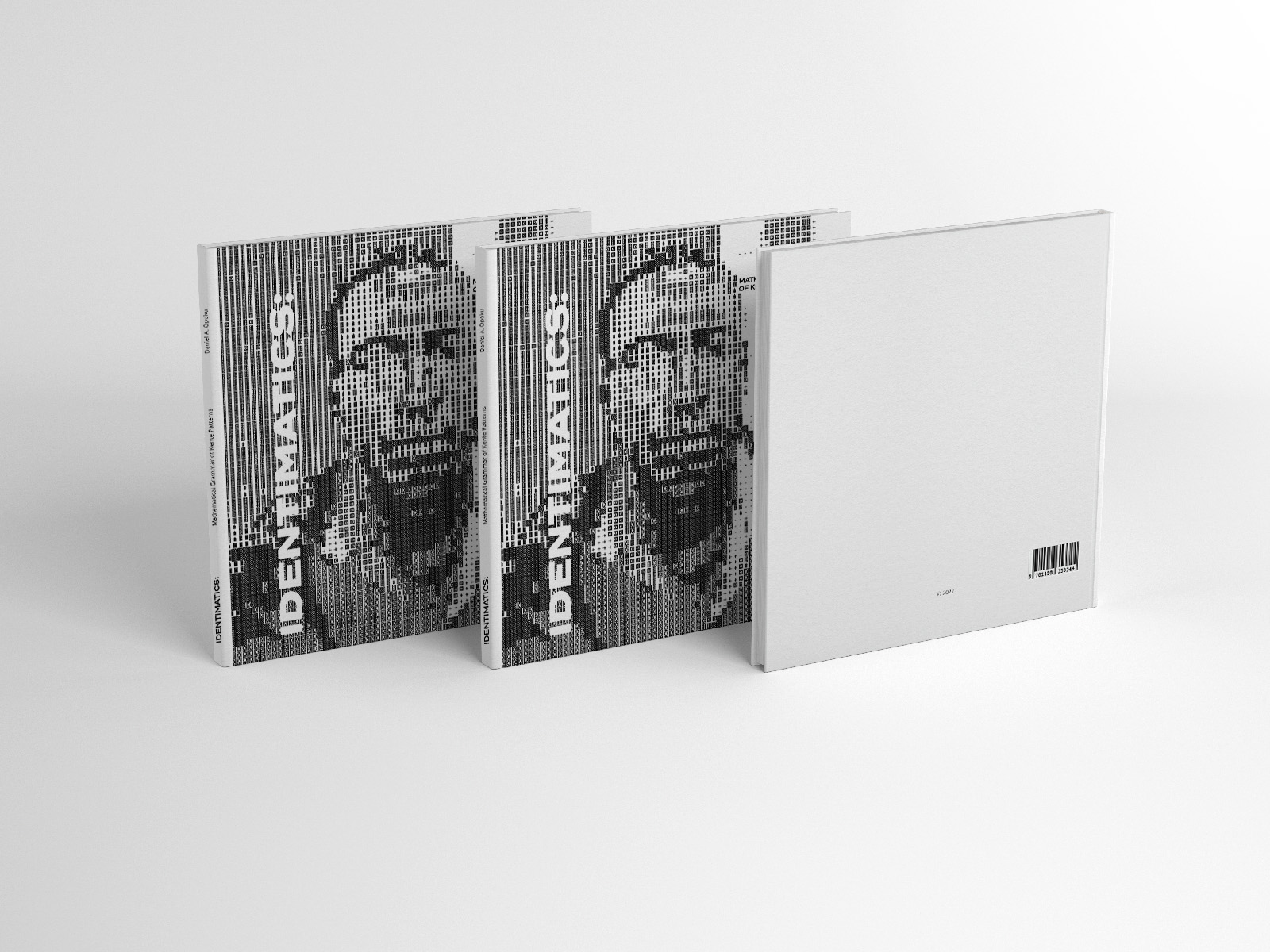 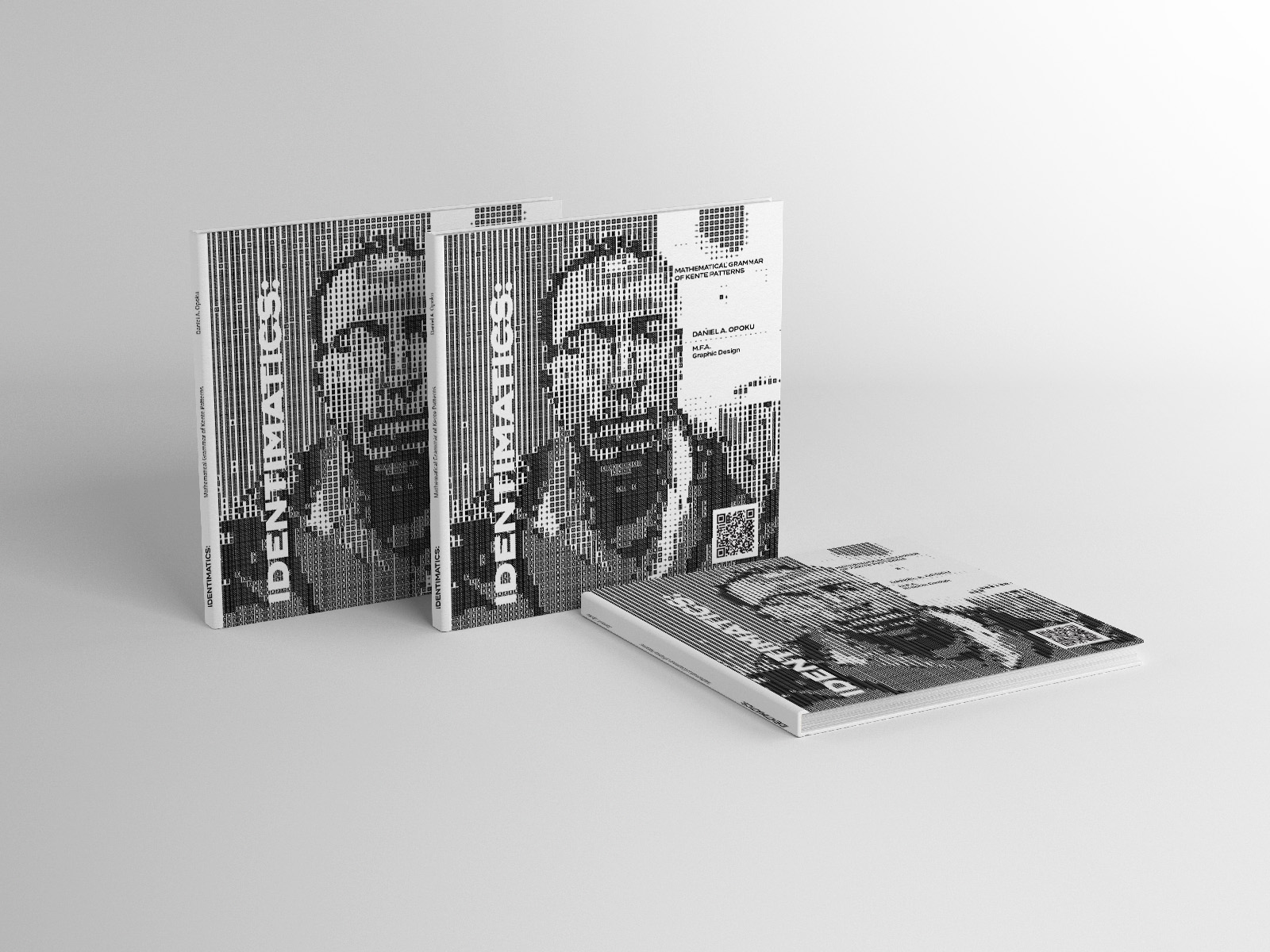